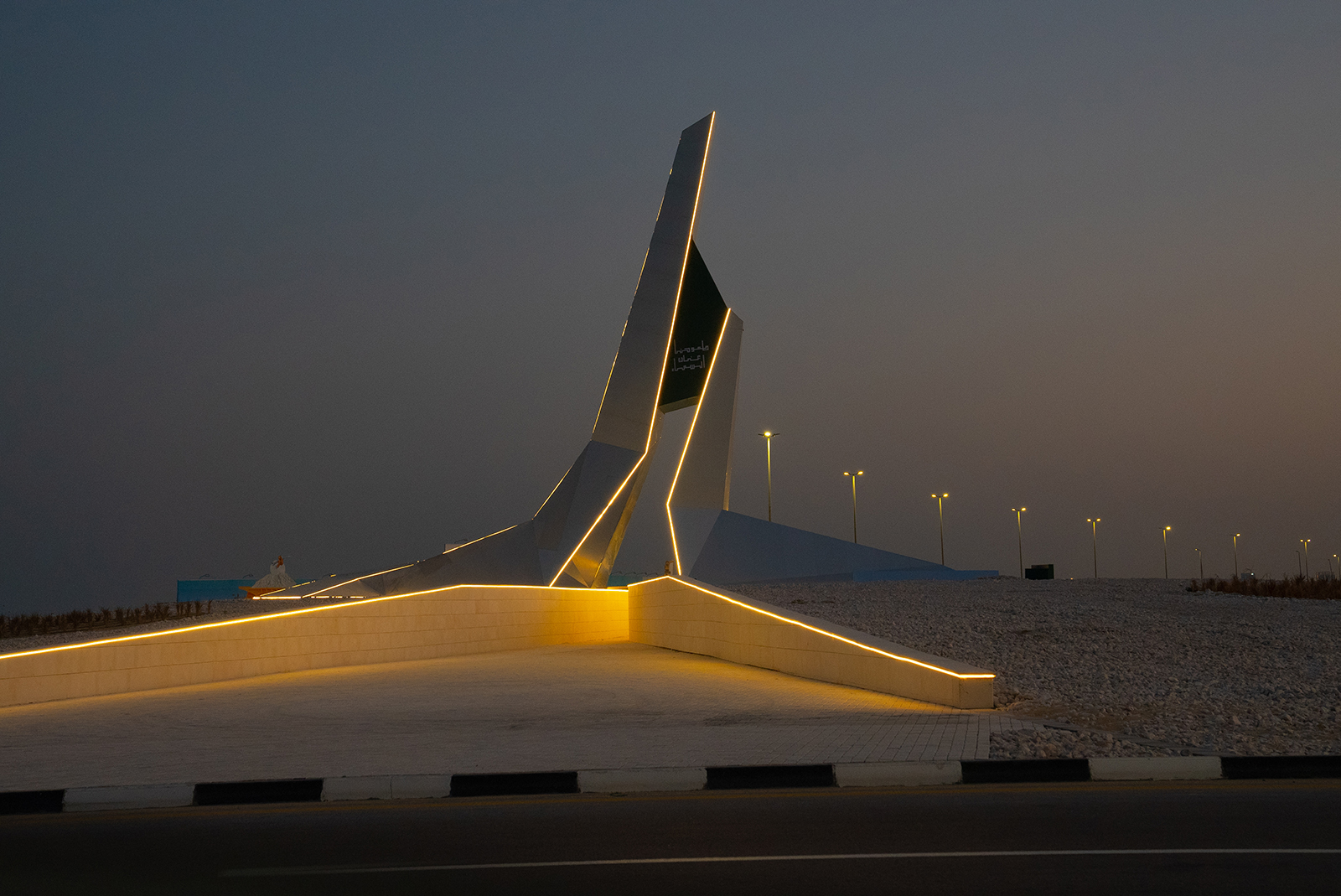 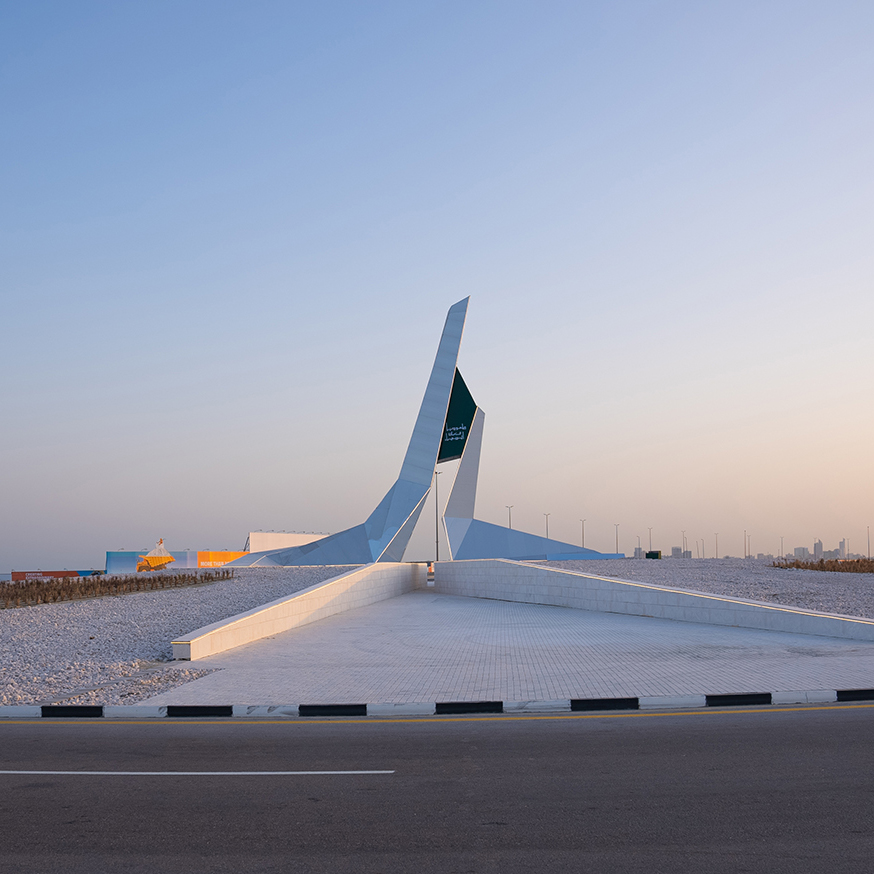 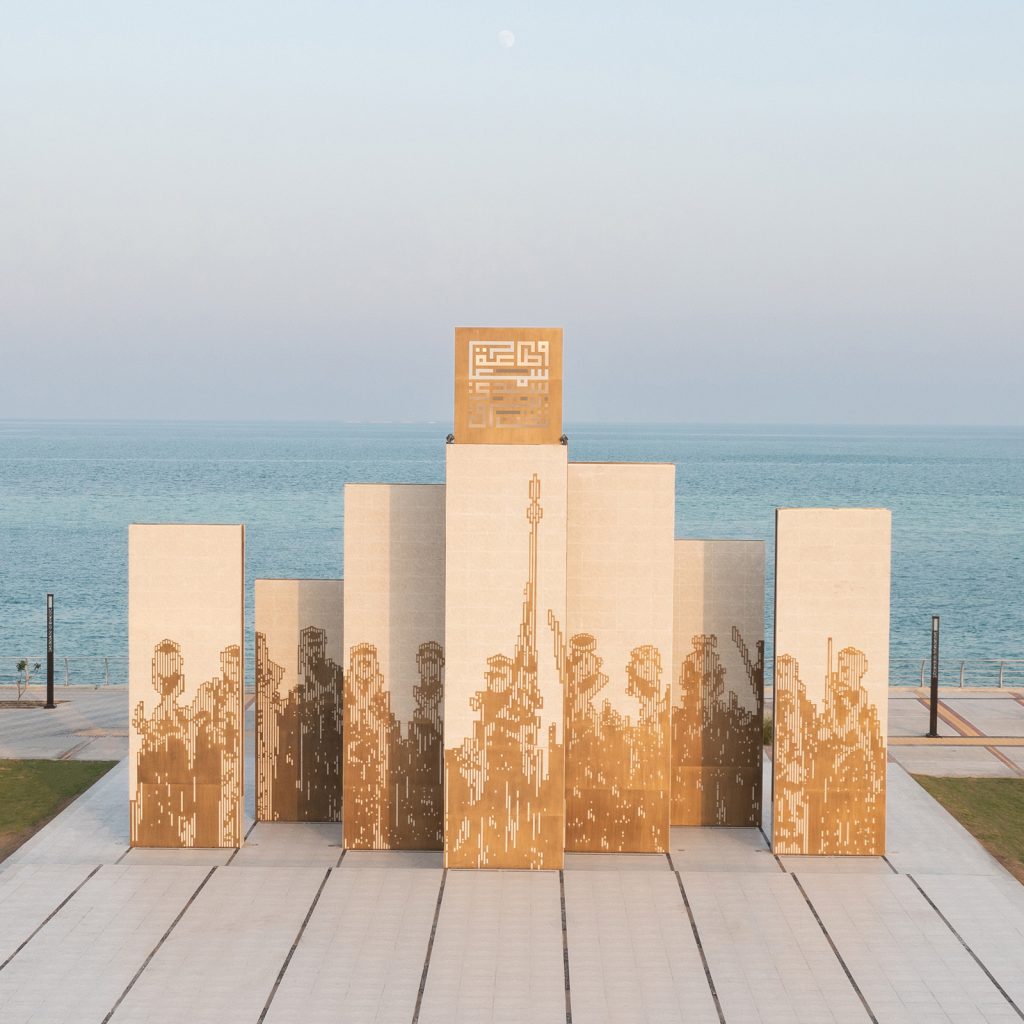 The design idea was inspired by the rocky formation of the Tuwaiq Mountains in the Riyadh region, and from the saying of HRH the Crown Prince, “Our ambition is sky high.”

The design consists of two sculpture, both of which express the concept of starting from the earth towards the sky, where the solidity and pride of the Kingdom are evidenced by its assets and heritage and are shown in the fixed mass, in addition to the contribution of this stability in raising the Kingdom to development and progress. The two pieces aim for one goal, which is the pursuit to raise the jewel that expresses the homeland high towards the sky. 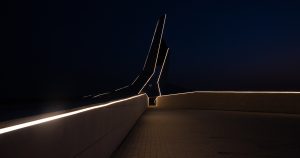 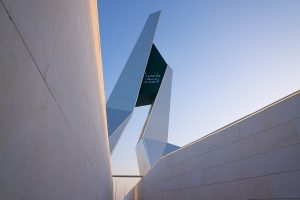 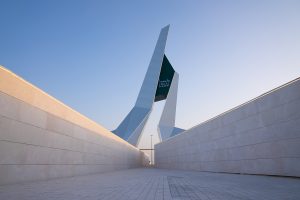 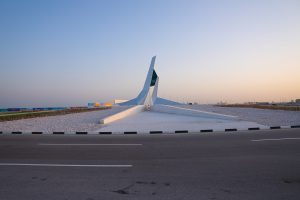 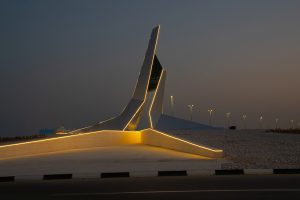 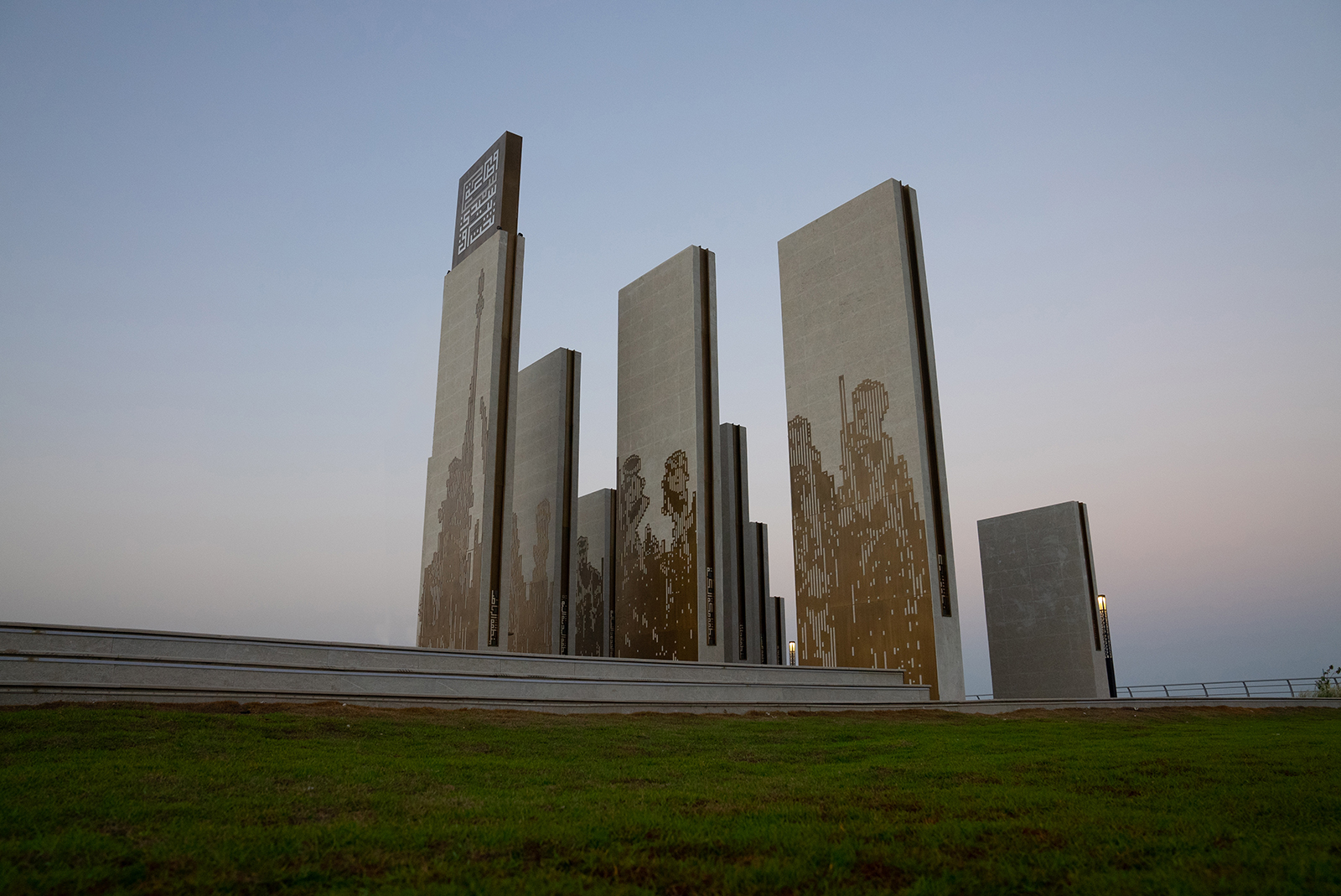 The design idea was inspired by the Saudi Alardha, a folk dance that started as one of the war songs, but it was performed at times during celebrations and holidays until it later became a symbol of the Saudi culture.

Alardha was embodied in an interactive arena that expresses the national heritage and folk art in a modern way to be immortalized in the memory of the people of the country, generation after generation.

The model was designed from 13 columns representing the regions of the Kingdom. Together, they form the Alardha mural, which is an artistic design with visual manipulation, where the image is not completed until you pass through all the spaces of the project, in addition to a water fountain that dances with the songs of the Ardha. 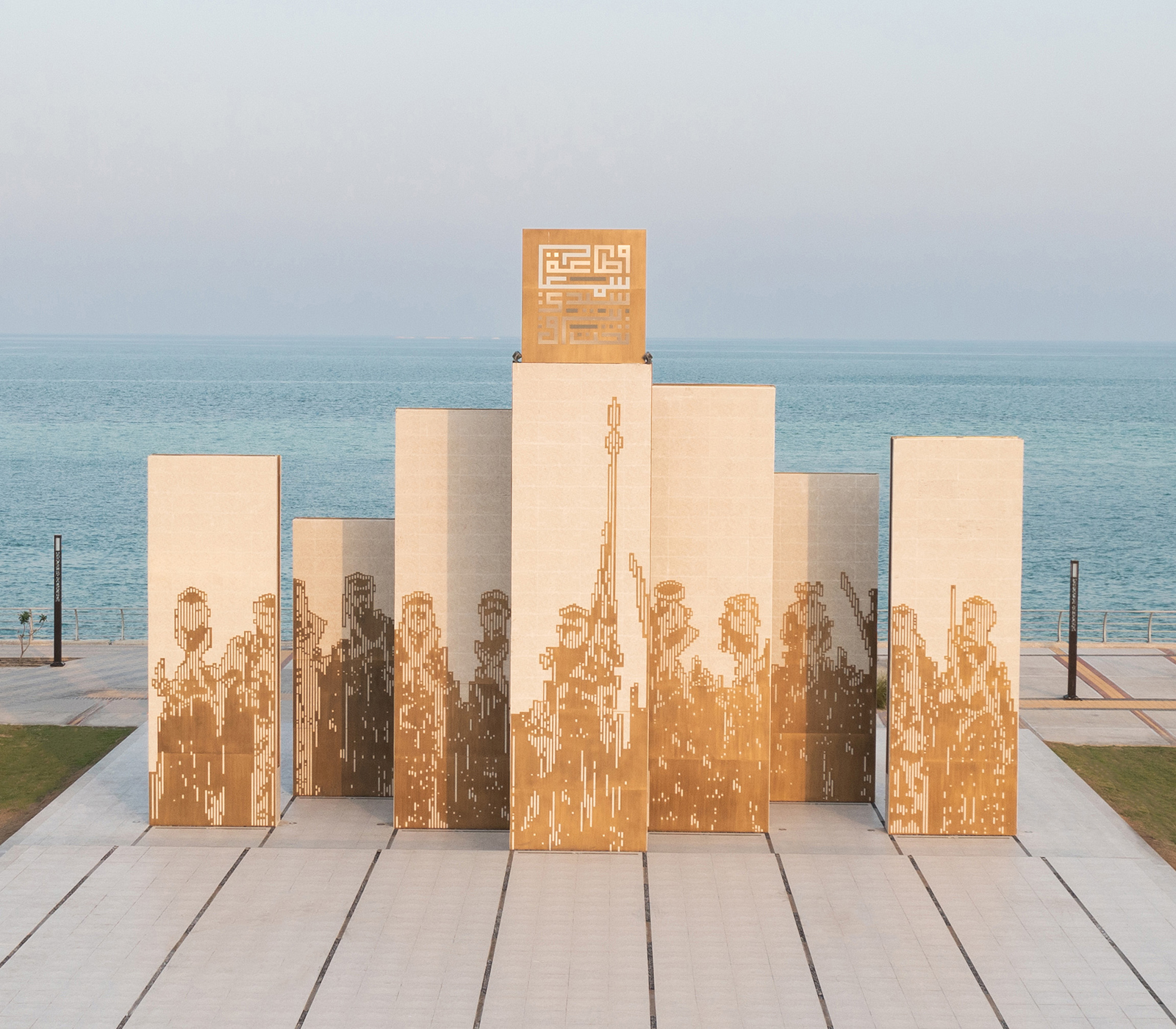 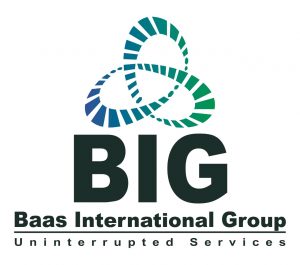 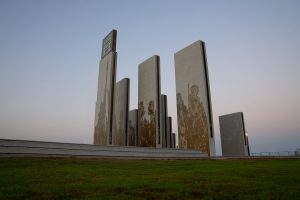 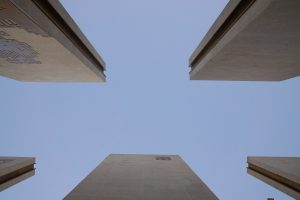 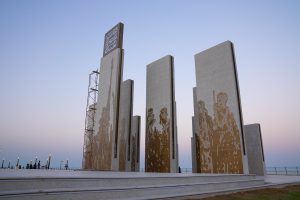 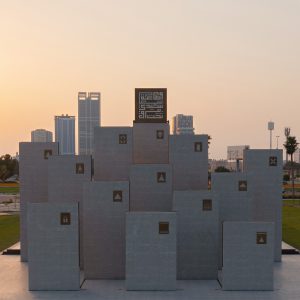 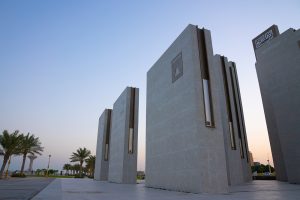 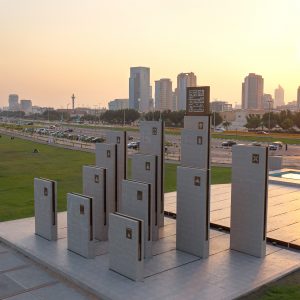 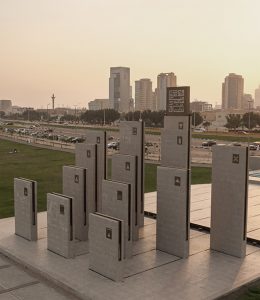 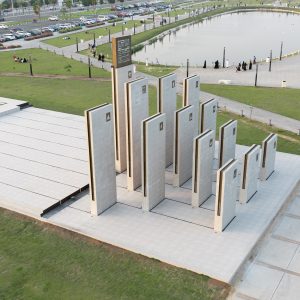 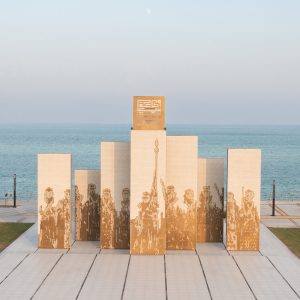 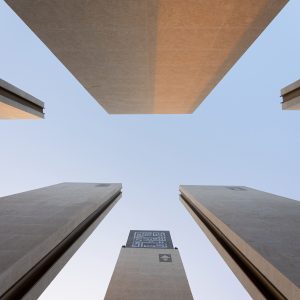 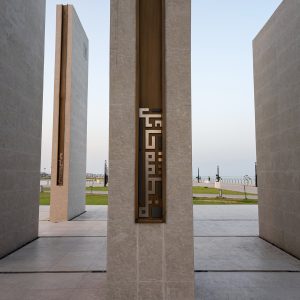 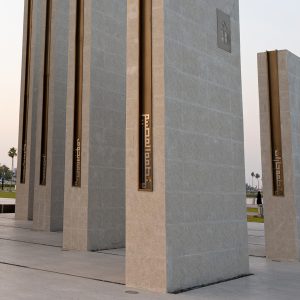 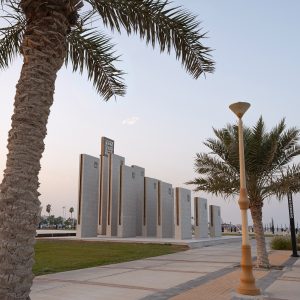 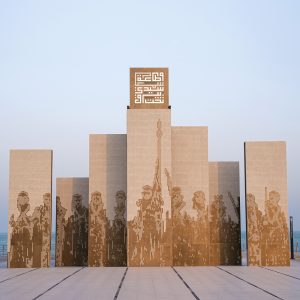 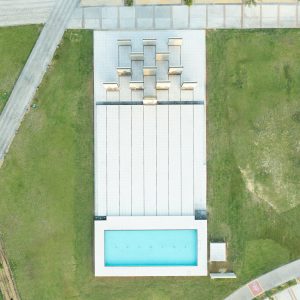 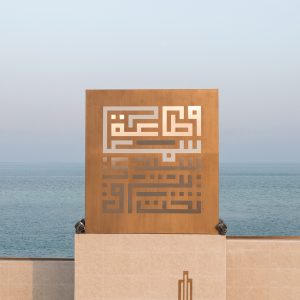